This is not Chatsworth or Richmond Park.  Here on Big Moor we have genuine wild red deer with a stare that can go right through you and antlers which could do the same!   In all the years I have been watching these red deer I have never been threatened but I get stared at constantly!  However if you are out watching the rut, you can never be too careful and if possible leave dogs at home, as the deer react to them far more readily than they do to humans.

The last count early this year, found there were over 150 deer on Big Moor. However, this number swells to something like 200 at rutting time.  These extra deer come from the surrounding moors, fields and woods and then return to their normal surroundings towards the end of the year.

The surprise today was physical combat between 2 stags without the usual preamble of parallel walking to eye each other up.  A large reddish stag approached a small herd from the left and managed to get in amongst the hinds without the resident stag really knowing what was going on. When the penny dropped he attacked immediately and a prolonged battle ensued  The first skirmish seemed to go to the challenger who went off with half the females, only to be pursued by the incumbent to try and get them back.  2 more skirmishes left the challenger victorious and the resident stag took comfort from chasing the young bucks who were of course no threat.

This is the most ferocious conflict that I have seen for some time.  There was no evidence that either stag had been injured but this is not always the case. You may remember Scarface in 2011

So for now it is the big stags making all the running.  They rarely eat, bellow much of the time even through the night and chase every other stag that appears to be a threat.  As they tire over the 6 or 7 weeks of the rutting season, the younger, smaller stags seek out every opportunity to abduct their hinds. All is fair in love and war! 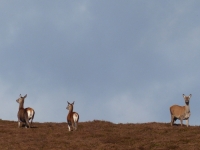 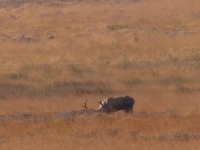 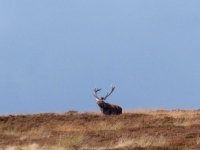 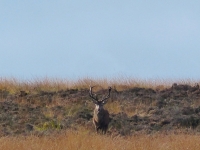 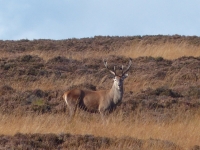 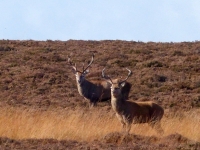 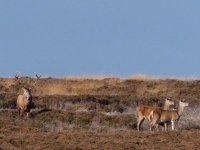 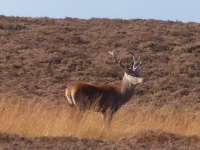 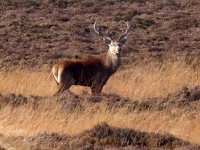 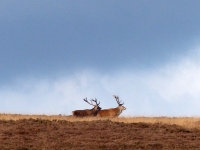 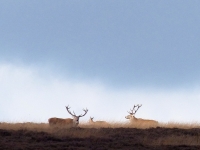 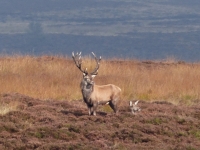 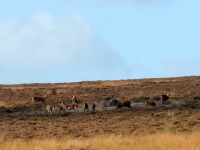 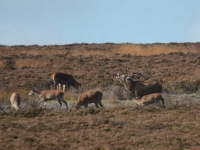 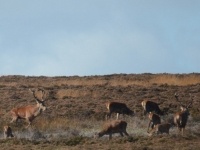 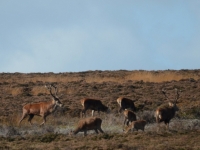 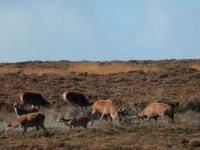 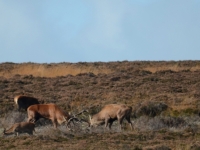 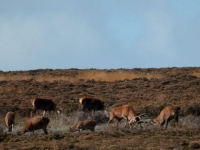 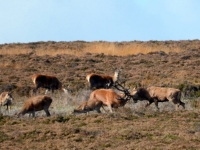