I could get boring, going on about dragonflies and damselflies.  Their season is now well under way and Big Moor has its share of treasures. 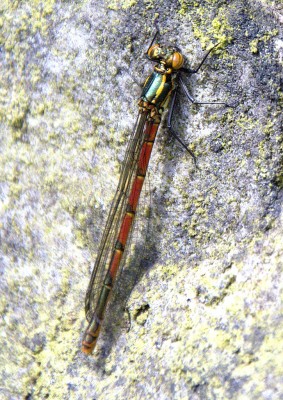 On a warm day like today they were everywhere. 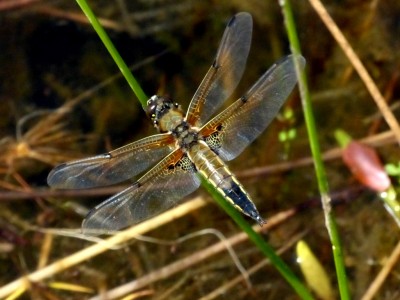 Next on the scene are the blues.  We have 3 common varieties around here. The azure damselfly is the most common and the female is, more often than not, a delicate shade of greeny yellow – 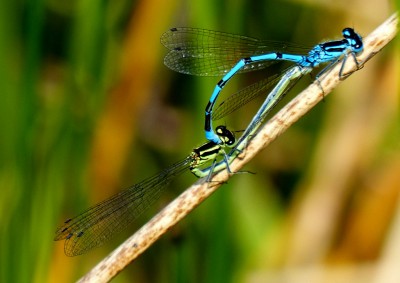 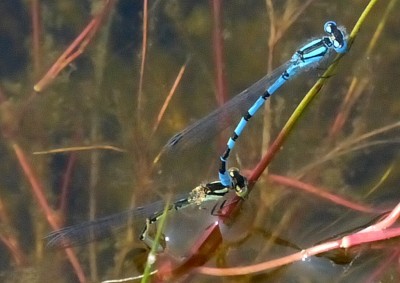 The third blue is the blue tailed which is self-explanatory but they are only just beginning to emerge.

Below is a picture of a blue resting on a reed. Below it is the pale shape of the exuvia which is the larval skin from which a damselfly has emerged. 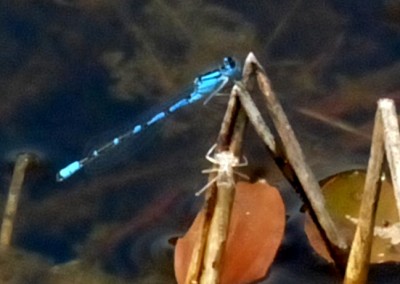 Throughout the summer different types of dragonfly and damselfly will emerge.  Their lifespan on the wing is short and by the end of October they will all be gone.

I am pleased to report that there are still 5 ducklings on the water.  I feared the worst after one was taken last week.   Here are 4 of them with their mother – 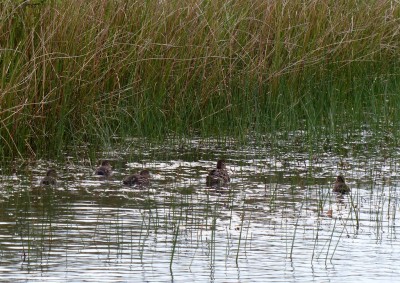 My surprise of the day was to catch a glimpse of a grass snake swimming amongst the reeds.  Everyone only asks about adders on the Moor but grass snakes are just as interesting. They love water, live on amphibians and are completely harmless.

Tomorrows objective is to get a photograph!

For now I have to content myself with pictures of the sundew which seems to be having a good year. 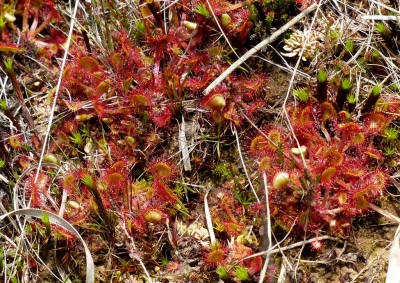 Here is a picture of the blue tailed damselfly – 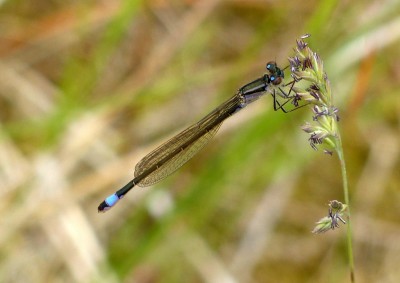 People seem to be fascinated by the exuvia I included in a photo yesterday.  Here are 2 more I photographed today.  Remember these are just a shed skin.  It is remarkable how all the features remain. 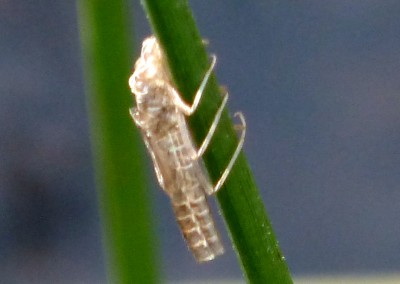 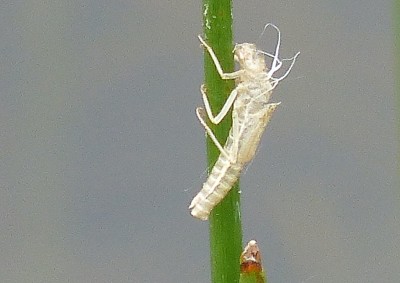 Sadly I could not find the grass snake but these 2 comics made the day out worthwhile! 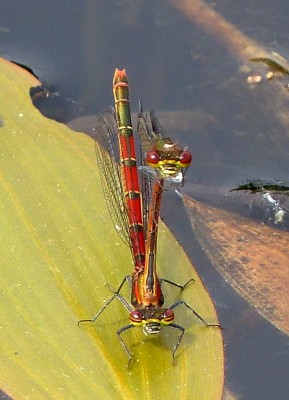