Deer are forming groups all over the Moor now and as a result some are being seen in unusual places.  The first 2 photographs below were not taken on Stoke Flat but were taken from the Owler Bar – Longshaw road without leaving the car!  I have known this stag for a few years and given him the name of Albert! He is not usually this close to the road but has been pushed away from the safer parts of the Moor by more dominant stags.

Meanwhile on Stoke Flat there is a lot of noise to be heard but still not too much action. I suppose it is early days. One dominant stag has pitched himself and his harem on the area of molinia which has been cut this year.  At least 3 other stags are in the woods below the Edge and I am sure more will make themselves known as time goes on. 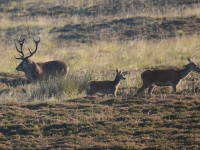 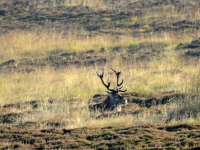 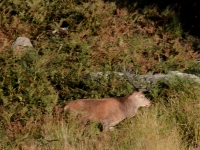 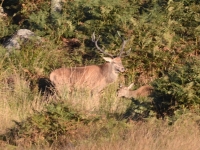 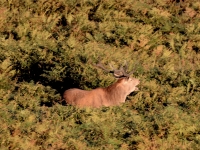 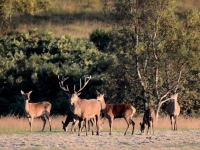 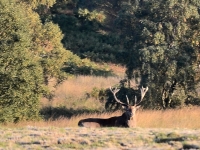