I used this title to express my feelings when my grandson was born.  It seems somewhat disrespectful to use the same phrase for the emergence of a dragonfly or damselfly but I am sure Eden will forgive me if he reads this in a few years time.

For one of the primeval insects on this planet the dragonfly (and damselfly) has a lot to teach us.  I suppose they have had a few million years more to get it right!

The first insect in this genera to emerge is usually the large red damselfly which can be seen on the Eastern Moors from the middle of May, and this article is mainly about these creatures.  For around 2 years they live underwater as larva, eating the minutiae of life around them and shedding their skin up to 11 times.  In the autumn of their second year they go into suspended animation so that all of them in that area will emerge within a short period of time during the following Spring. In May when the temperature and daylight length are right the larva enter metamorphisis and change from breathing through gills to air breathing.

Within a few days they start to emerge and climb a reed or plant stem until they are well clear of the water and then take a secure grip on the stem.  Liquid is pumped into the thorax which swell and burst along the back.  From this opening the dragonfly starts to emerge, head first. Once the legs have hardened the insect grasps the supporting stem and pulls the remainder of its body clear of the shed skin, known as the exuvia. This shell retains all the characteristics of its owner and can easily be mistaken for a living insect.

The small wing cases on their back are now pumped with liquid and quite quickly expand to their full size.  The wings are greenish and soft but soon harden in the atmosphere.  Liquid is now withdrawn from the wings and pumped into the abdomen causing this to swell and lengthen.

The whole process takes around 3 hours and once the soft tissue has hardened the wings can be opened and the insect takes its maiden flight.  Usually this is towards treetops or other places of safety, away from the water’s edge.  As a result there may only be a few sightings of these creatures  for a week or two while they are building themselves up and maturing.  The water’s edge is only good for 3 things – fighting, mating and egg laying (ovipositing) and I will go through these actions in PART 2. 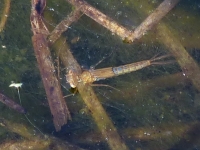 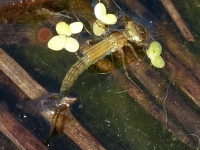 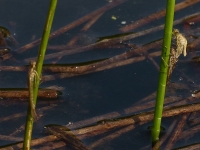 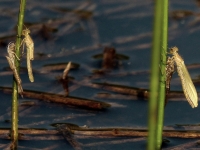 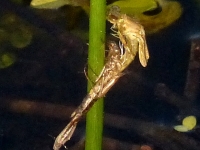 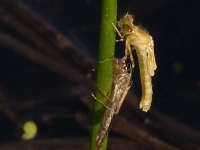 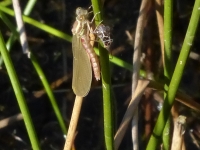 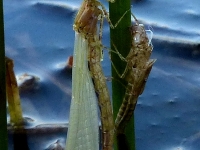 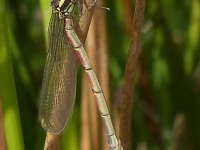 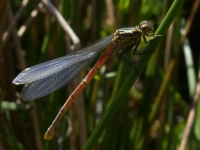 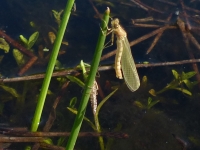 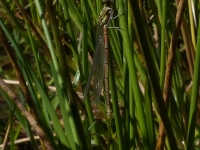 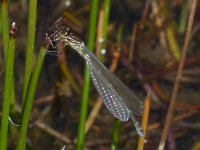 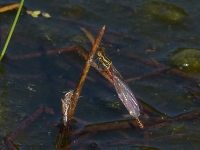 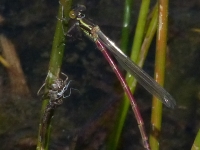 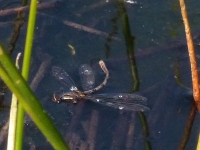