Several reports from around the Moors are all saying that this year’s rut is under way albeit in a sedate form so far.

To check the current situation I went onto Stoke Flat – under White Edge.  Yes there were 3 or 4 groups of hinds and most seemed to have a stag with them but all was silent – no bellowing whatsoever.

Then I heard it! Not the bellowing of a stag but the barking of a hind.  This sounds more like a large dog than anything else and is usually only heard when she is annoyed.  I soon realised why.  As I approached this group of hinds, all but one ran off into the trees.  It was this remaining one that was barking at me as I had come between her and a stag in a field who was with several deer calves.  Presumably the calves were her own from earlier this year.  The stag was possibly the father but they are not known for long term parental responsibilities.

The stag was unperturbed and the hind seemed not to be trying to get to them, 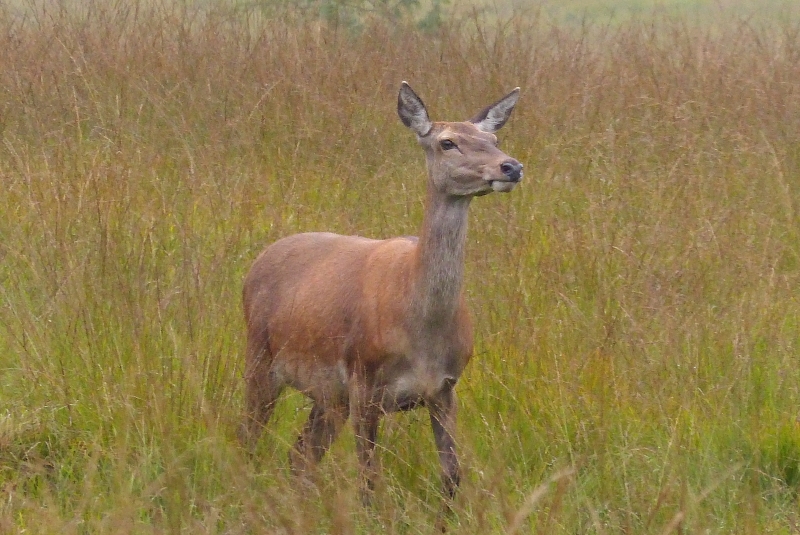 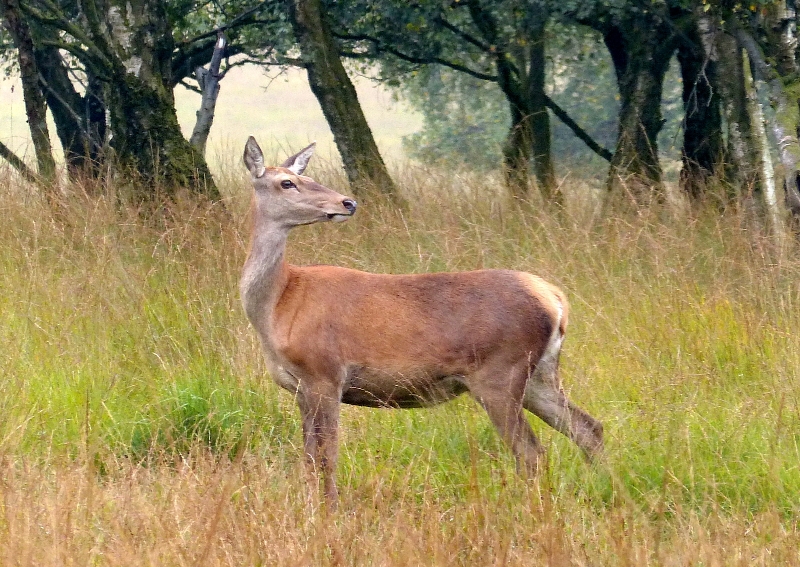 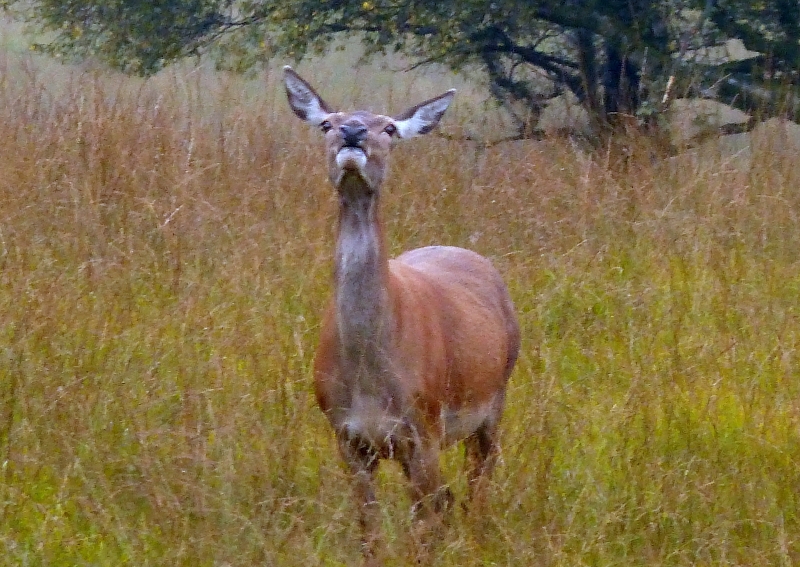 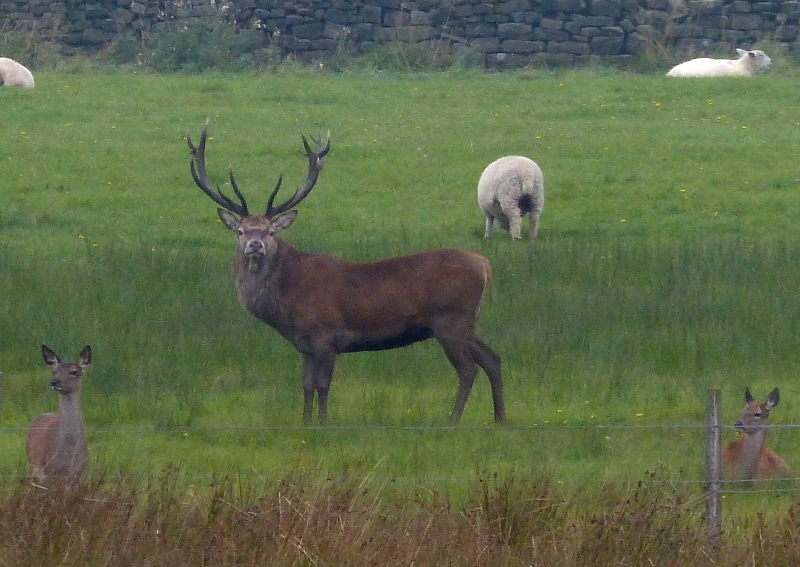 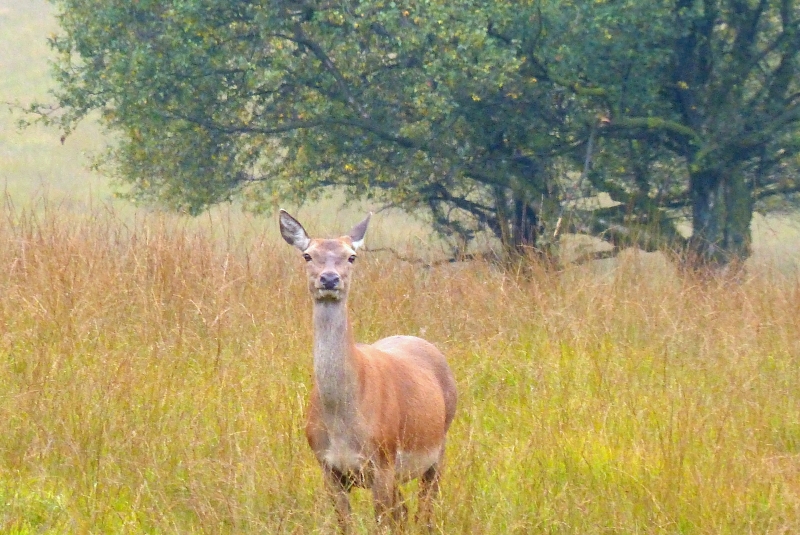 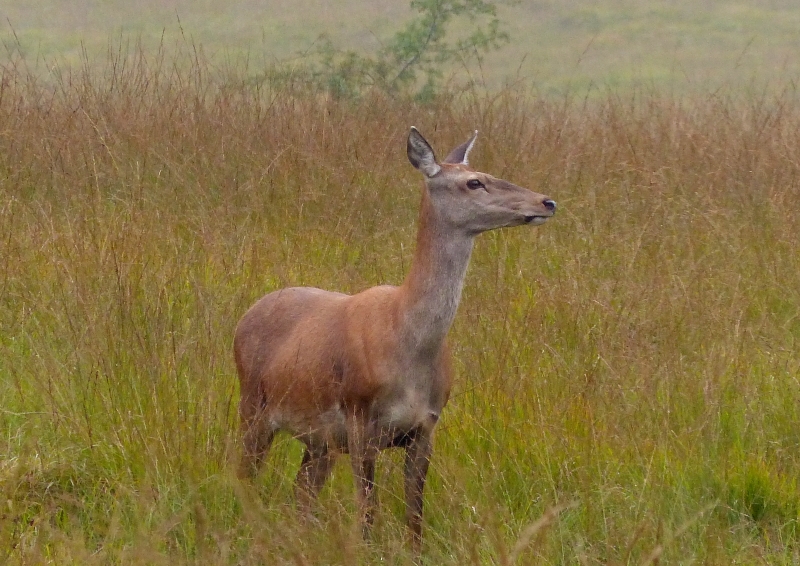