This is a great time of year to see some of our larger caterpillars.  These tend to go underground and pupate until the Spring.  The first one is the buff tip caterpillar which can be found on several types of tree or bush including silver birch and willow 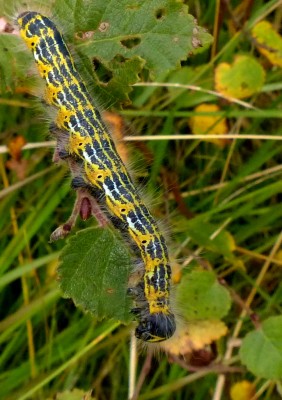 The moth of the buff tip is one of the best masters of disguise.  I don’t think I have ever seen one, therefore this photograph is courtesy of BBC Wildlife.  They tend to fly in June and July at night and can have a wingspan of up to 6 cm. 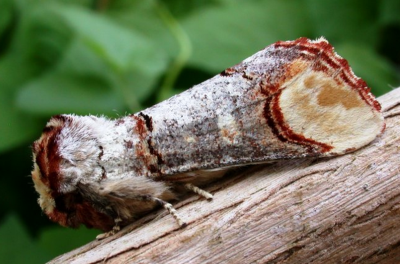 The best known large moth caterpillar is the elephant hawk moth. Look how the back is arched to enlarge the false eye on its body.  I photographed this recently on the rosebay willowherb that grows mainly on road sides and on areas of waste land. They used to be a common sight but seem to be more difficult to find these days. 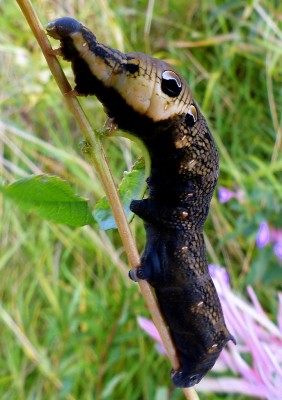 The caterpillars pupate underground for the winter and emerge in early summer as a most beautiful moth. The wingspan can be up to 7 cm and they feed on nectar at night. 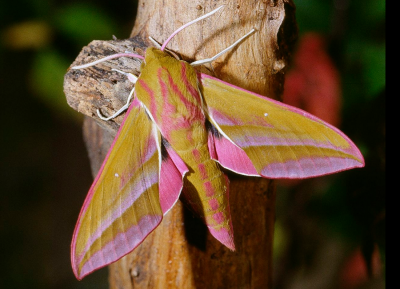 This last photograph courtesy of Wikipedia.

I would love to hear from anyone with sightings of other large caterpillars at this time of year.