On several mornings this month – just after dawn – I have walked down to Barbrook Plantation.  This is a fascinating area for much of the year but especially now when the migrant birds are returning to breed and their numbers are swelled by native species coming up from down south and locals coming in off the fields. 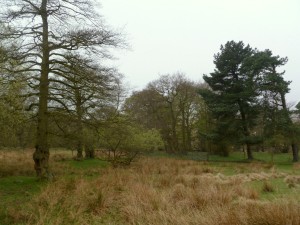 In winter there is the odd blackbird, a pheasant and a few blue tits around the place but in Spring this becomes THE place to be! Willow warblers are the dominant voice to be heard and I wish I knew all the other sounds in the dawn chorus. 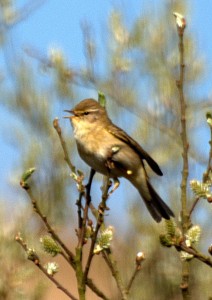 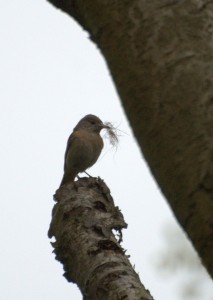 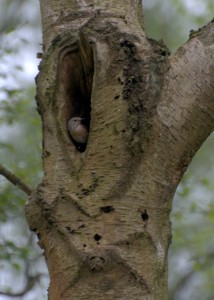 I can recognise the redstart who is building in a dead tree but there are many little brown jobs which need further investigation.

In fact this site appears to be important from a bird conservation point of view as on several occasions I have seen experts using mist nets to catch and ring birds.  It may seem cruel but I am assured the birds are unharmed and the information gathered from the ringing is essential. 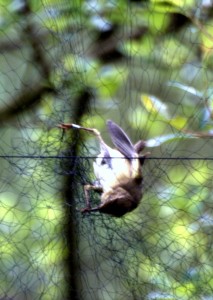 The plantation itself is something of a mystery.  It is divided into two open wooded areas each of which is surrounded by a four foot fence.  The higher wood next to Sheffield Road is made up of mainly scrub willow and birch whereas the lower wood is more mature with trees such as birch, alder, sycamore and numerous whitebeam trees as well as several  conifers which I think are Scots Pine.  Between the two is a marshy area which is a regular haunt for the curlew, snipe and woodcock.  I have tried to photograph these last 2 species but you don’t see them until they have virtually disappeared – both making a great din as they go!

This marshy area is the driest I have known for some time and the species that rely on prodding and probing for their food could be in for a difficult time if rain does not come soon.  The curlew seem to be coping well but they are big birds and need a lot of feeding especially during the breeding season. 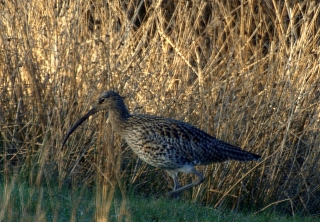